Why is soccer the world’s most popular sport? | YouCoach Skip to main content

Why is soccer the world’s most popular sport?

Why is soccer the world’s most popular sport?

The more than 250 million people worldwide playing futbol can’t be wrong, right? Here are a few key reasons why soccer (or football) is the most popular sport in the world.
IT IS A PLAYER'S GAME
It is a player's game.  Futbol is a player's game first and foremost, not a coach’s game.  A coach’s job is primarily played out during the training sessions. They have to analyze the team's strengths and weaknesses and plan practice sessions accordingly.  During game time it's all players.  There are no plays, and anyone can score, as is evident by US Goalkeeper Tim Howard's 102-yard goal. 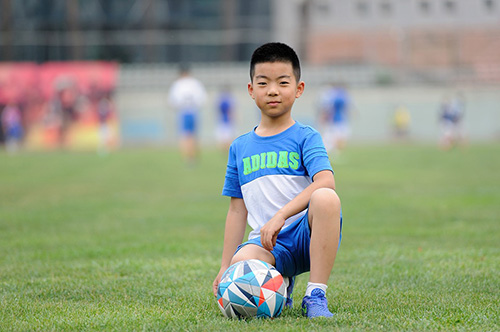 Everyone on the pitch has an opportunity to handle the ball.  Everyone on the pitch has the opportunity to decide what to do with the ball!
Other sports are driven by the coach, the plays they call, and a few key players on the field or court at the time. A coach's job during a futbol match is to analyze and see what the next training session should look like.  The coach should use the strengths and weaknesses they see during the game, then train their team accordingly.  At the youth level, in some American sports, only two to three players on the field touch the ball the entire game. The coach more than likely decides who these players are that handle the ball.
During a typical youth soccer match, every position on the field has an equal opportunity to handle the ball.  If a particular player does not handle the ball it is often their choice, but certainly not the coach's choice.  This ability to interact with the ball anywhere on the field makes it an easy and very popular sport, one of the few sports where nothing changes for either girls or boys that play. Rules are the same for both. Length of the games is the same for both. And the equipment is the same. So as coaches, we must remember it is a player's game. It is a creative game. Good players use their imagination to play. It is the world's game.

"It is a beautiful game" - Pelè

IT IS EASY TO PLAY 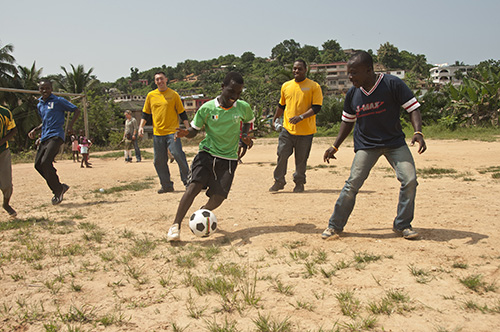 It’s easy to play. The game of futbol is an easy game to play. You need friends, a ball, and some space. In the Turks and Caicos, we see people using an empty lot covered with gravel and rocks. El Salvador uses the streets. England uses abandoned lots. Belize uses the beach. And for goals, 2 x 4s tied or nailed together work just fine, or just throw down some sweatshirts. For a ball, a tied bundle of rags, or an old soccer ball, or even a coconut is sufficient. There are no plays, as in most American sports. The players are the focus of the game of futbol, not the coaches.  Players can play with 3 vs. 3 or 11 vs. 11. Players can play with or without goalies. With the exception of shin guards or sometimes cleats, there is no expensive equipment to buy.  If a player can move and kick, they can play soccer.  A goal is worth 1 point. Not six points, or three, or even two points.  You score a goal and it's worth one point.
It doesn't get much easier.
IT IS INEXPENSIVE
It’s relatively inexpensive. Soccer is relatively inexpensive compared to other sports. Polo for example, seems expensive. First you need a horse. Then you need somewhere to keep it, and something to haul it around with. I'm not sure, but that all has to be very expensive! Yachting is another one that I imagine is a very expensive sport. American Football can be very expensive also (the equipment, the number of coaches in the staff, and the insurance can all add up). High school football boasts approximately $75 per player to outfit and insure. The average high school soccer program only needs approximately $15 per player to outfit and provide insurance. Futbol is played all over the world in the streets, parking lots, empty spaces, the beach, everywhere. All you really need is a ball and your feet!

Your shopping cart is empty.

Coaching soccer through Small-Sided Games This book is a "must have" for any coach, check out these three main features: It has 48 small-sided games with progressions and variations, there is enough material here that will last you multiple seasons It cov... Continue Reading...